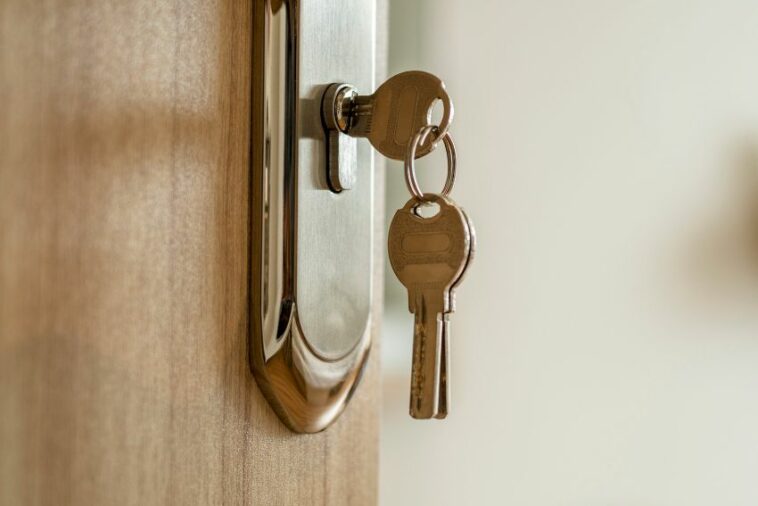 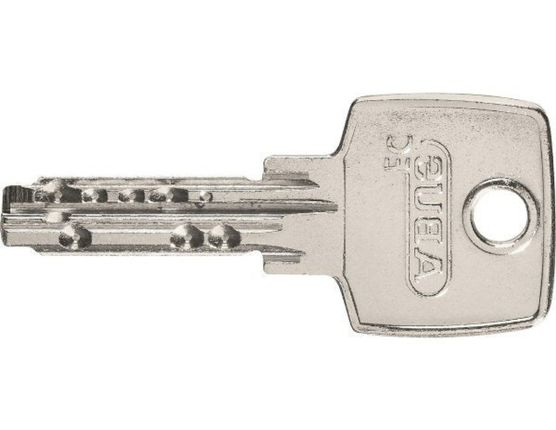 Starting off with a relatively common type of household key, the dimple key is characterized by the numerous small concave depressions running along the length of the key stem. Also called dot keys, these rely on having spaces inside the lock itself where the dimples can align, releasing the lock.

What helps in its simplicity is the fact that there is no “right side” to turn to when using a key like this. There are two sets of dimples present on either side, and the lock itself has pins correlating to the dimples. 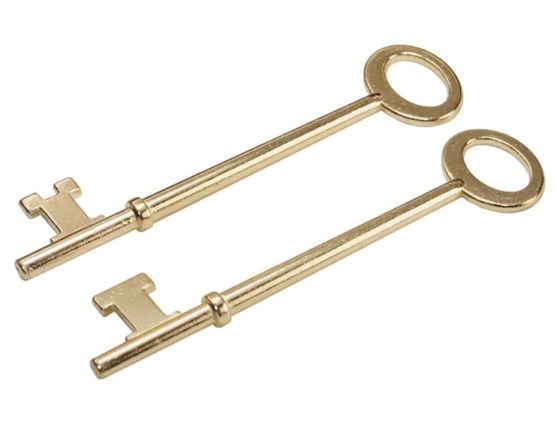 The skeleton key gets its name from the fact that it is a key that has been filed down to its most basic form. The skeleton key has no detailing down the middle of the shaft, which means it can be put into different types of locks. They were common across medieval times – used in churches and old homes.

However, they have gone down in popularity as the warded lock which it corresponds to is extremely easy to pick. Old homes have either removed or added additional locks if they have warded locks. Skeleton keys are mostly seen as antique accessories, but can be used when the original key has been misplaced. 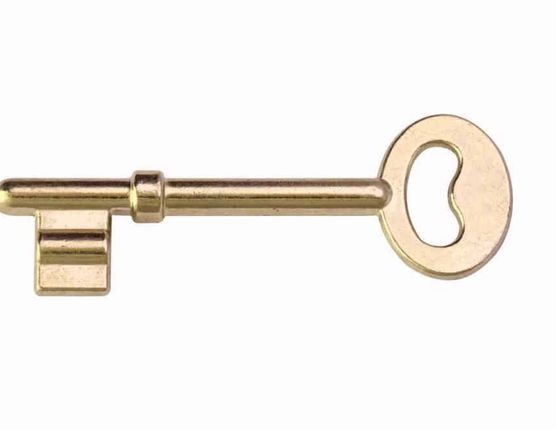 Similar to the previous one, a primary key is designed specifically to open the main door, as well as several types of locks at the same time. If you don’t want to carry a set of keys for an area with multiple locks, a single primary key can suffice. The corresponding locks have been built to take in both the primary key and the subsidiary key inside it.

Also called master keys, these keys are kept securely as they control all the other locks in the building. They can be found with people who are in authority of the premises. 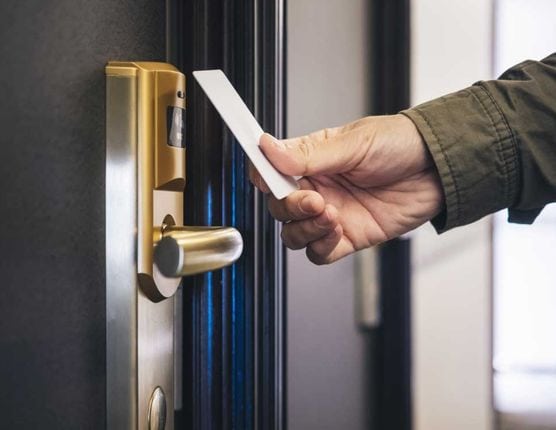 Usually seen in hotels and dormitories, a key card is not always what comes to mind when you think about different kinds of keys. This kind of key works like a credit card, where a magnetic strip is used to activate the lock mechanism.

The advantage of using this kind of key is that it can be controlled if it can unlock a certain lock. Using a main remote, authorities can switch off the access of the particular key card in case they get misplaced. This adds to their security measures. 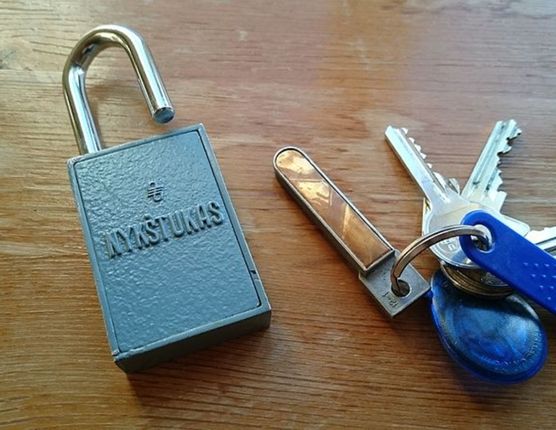 Magnetic keys use magnets to lock and unlock locks; similar to key cards. However, unlike key cards, magnetic keys have no electronics in use in their corresponding locks. These locks rely on specific alignments of the magnets, so you can be assured that your door is secure.

Since the magnets themselves control the tumblers by pushing or pulling them, there is no way to pick the lock of the door. Each tumbler can be set in different strengths and polarities, giving you several thousand lock combinations. Magnetic keys are also incredibly difficult to duplicate. 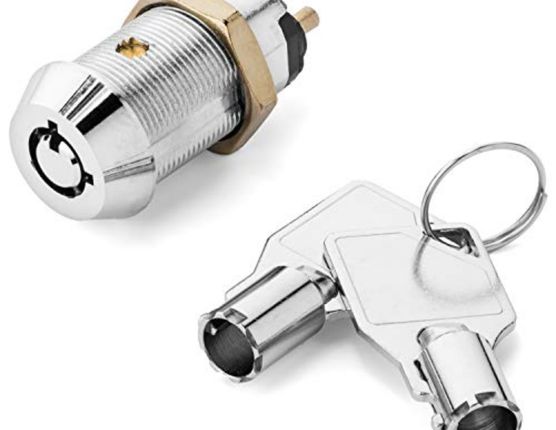 Also known as barrel keys, tubular keys have an incredibly distinct design that sets them apart. The shaft of the key is cylindrical in shape and can fit into a circular keyhole.

Usually found in bike locks or vending machines, the pins are present on the outer circumference of the tubular key. These have to align inside the lock itself to open all the tumblers. Given the shape of the key, they are incredibly difficult to duplicate as both the diameter and the placement of the pins have to be replicated. 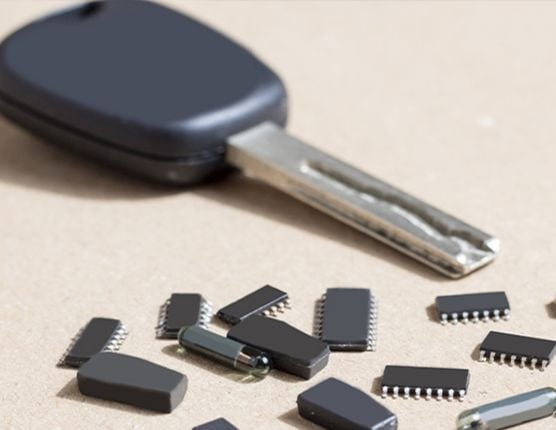 Transponder keys are a common security measure for several cars and vehicles. These keys work on radio signals and are needed if you need to start the ignition of your vehicle.

Also referred to as chip keys, they get their names from the fact that they come with a microchip installed into them. Each key is assigned to a specific vehicle. Some brands go as far as to bind each car’s operation with the specific chip. This means if someone were to use a transponder key on a different car, the car would immediately shut down. Transponder keys are also impossible to duplicate, and can only be replaced with a custom order.

Laser-cut car keys are some of the oldest types of car keys available in the market. They get their name from the ridge cut down the middle of the blade of the car key which is present on either side.

They are made with incredibly complex methods, and can be made only with a specialized key cutter. Its complexity comes from the exact placement and nature of the ridge, which is replicated on both sides. They are also called sidewinder keys and can be put into the lock on either side. 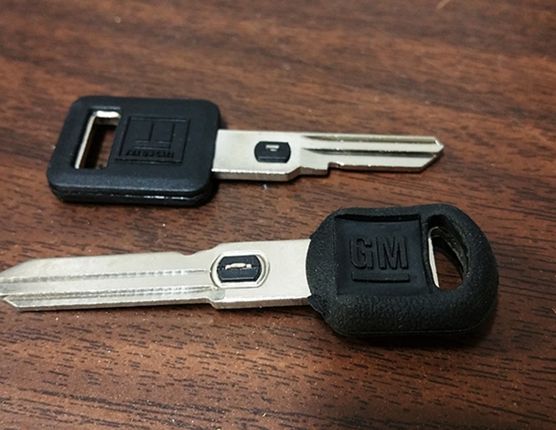 “VAT” is an acronym for “Vehicle Anti-Theft”, and these are an upgrade to the overall security of your car or vehicle. They go with the original key, making it impossible for your car to be broken into.

It does this by placing a microchip into the key itself. The car will have only one VAT key with which you can access it. The technology works on assigning a specific code to every key. While this is a major upgrade, keeping these keys safe is extremely important. Since the codes in the VAT keys are usually complex, a locksmith cannot simply unlock the car. Only a custom order for a new code can help you in this situation. 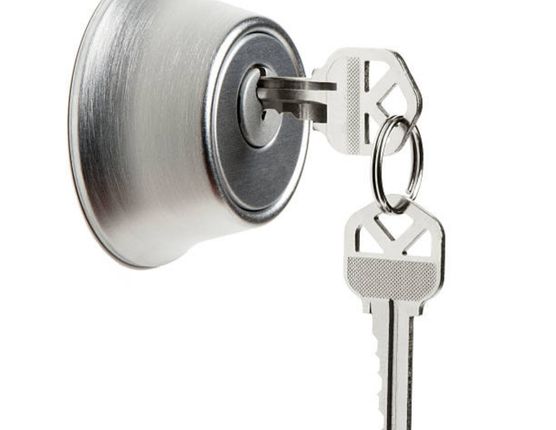 Deadbolt keys correspond to locks that are used to reinforce home security. Deadbolt locks come in three forms – single, double, and vertical. Each lock comes with its individual keys.

Deadbolt locks don’t operate with a spring, both when it comes to the turn of the knob and opening of the tumblers. The deadbolt locks bring added security from physical tampering. 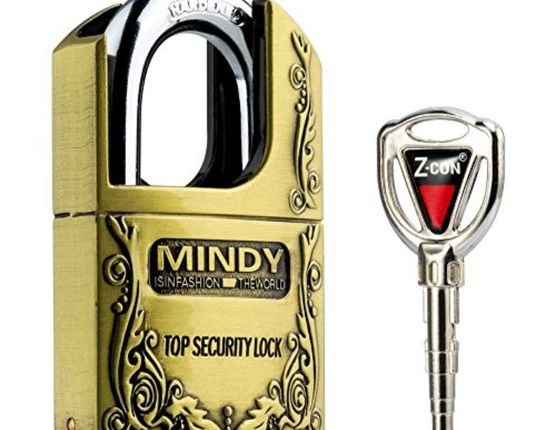 Paracentric keys have an unconventional design, with small teeth and an absurdly shaped shaft. This contorted design deters lockpicking, making it almost impossible.

By design, paracentric locks are used for high-priority situations such as prisons.  The small teeth at the end of the keys make it impossible to lockpick, but as mentioned before, it isn’t completely impregnable. Inmates in the past have managed to lockpick their way out. Despite this, it is a slim chance and seen mostly in secure areas over regular homes. 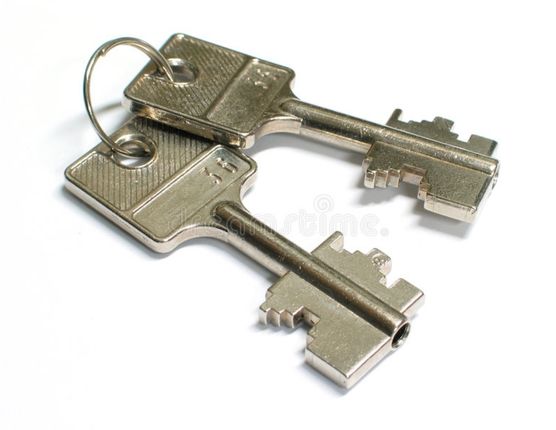 Double-sided keys and four-sided keys are easily identifiable with their characteristic set of teeth at the end of the blade. They are popularly used in homes or sheds.

People usually prefer the four-sided keys for their added security. The two sets of teeth make the key more durable and make lockpicking extremely difficult. This means these keys are also incredibly tough to replicate. Each line of teeth can also be randomized. Locks that correspond to double-sided or four-sided keys are a great choice when you want an inexpensive security solution. 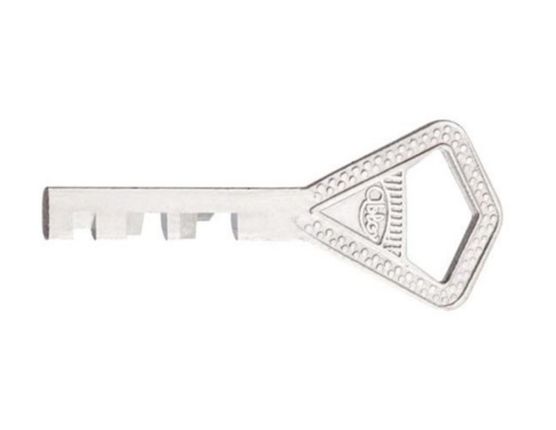 Abloy keys are used when you want absolute security. These locks and keys are slowly gaining popularity because they are impossible to break into.

Abloy keys are used in locks that use disc tumblers. The keys are shaped in a specific way which rotates the tumblers inside till they align. These locks operate without a spring, so lockpicking or using brute force does not work when it comes to accessing it. Abloy locks are frequently used in homes in countries like Finland. 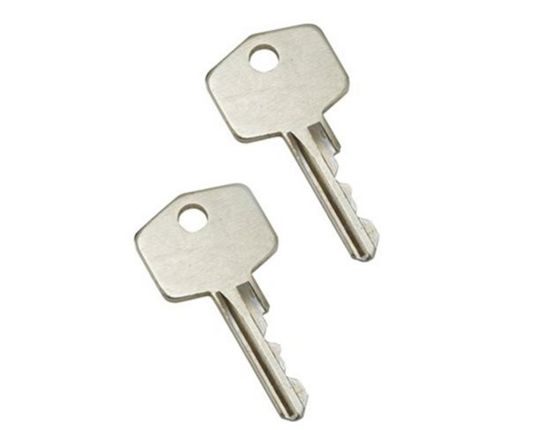 While they might be visually similar to double-sided locks, mixed keys are different as they have multiple types of grooves and cuts across the length of the key.

The purpose of mixed keys is that apart from unlocking doors, they can be used for other appliances too. Since the cuts are placed haphazardly, mixed keys can also be on different kinds of locks, including knobs (with the right combination). They get the name “universal keys” for the same reason. 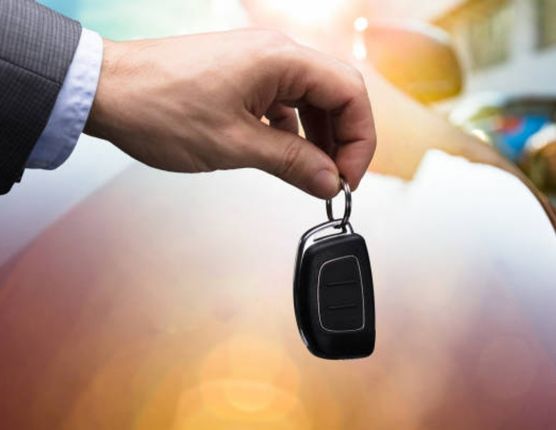 Valet keys are made for a specific purpose, where the keys have an RFID chip installed in them. The holder of the valet key can access the door and start the ignition of the car, but cannot access other parts like the glovebox or trunk.

This is specifically designed for valet services so that people can leave their vehicles without worrying about the safety of the goods they keep in the car. Valet keys differ from car door keys, specifically because they can also be used to start the ignition of the car. 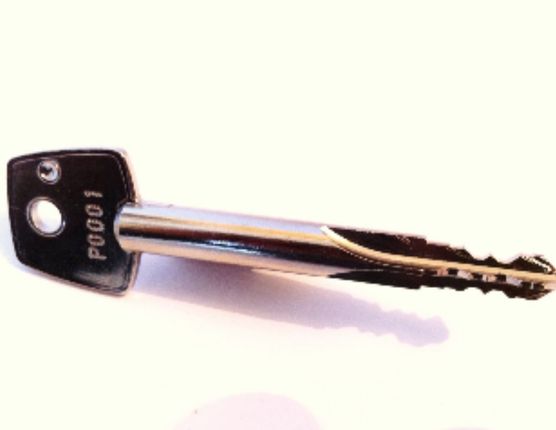 Cruciform keys are characterized by the unusual X-shaped pattern the shaft of the key comes with. These keys are usually found in industrial settings.

Cruciform keys have four sides that are flattened, with three sets of teeth perpendicular to each other. They are popular in industrial settings like factories as they are tough, compact, and guarantee absolute security – being incredibly hard to lockpick into. The only drawback is that it is easily duplicated if someone gets a hand on the original key. 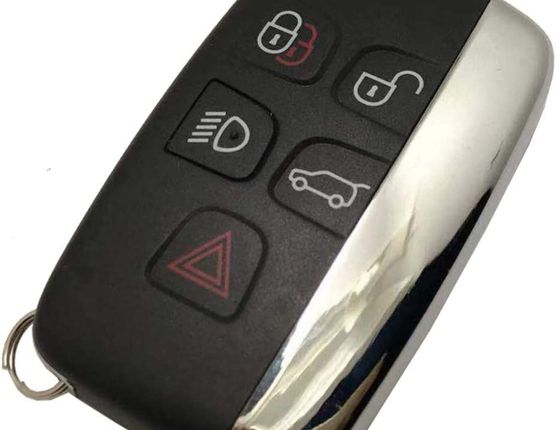 Finally, we come to the most advanced key you can find in the market. While on the surface they look similar to transponder keys, what sets smart car keys apart is the fact that you can control various aspects of the car like the windows and ignition from outside the car itself.

Like transponder keys, smart car keys are coded specifically to work with a particular car. This also means these keys are incredibly tough to duplicate, and you’d need to contact the car professionals in case you misplace them.

When it comes to security, you can never compromise on safeguarding what you hold dear. After reading this article, you realize that there are various functions a particular set of lock and key are meant to serve. Now that you know the different types of keys, you can employ the correct tools to protect your belongings.