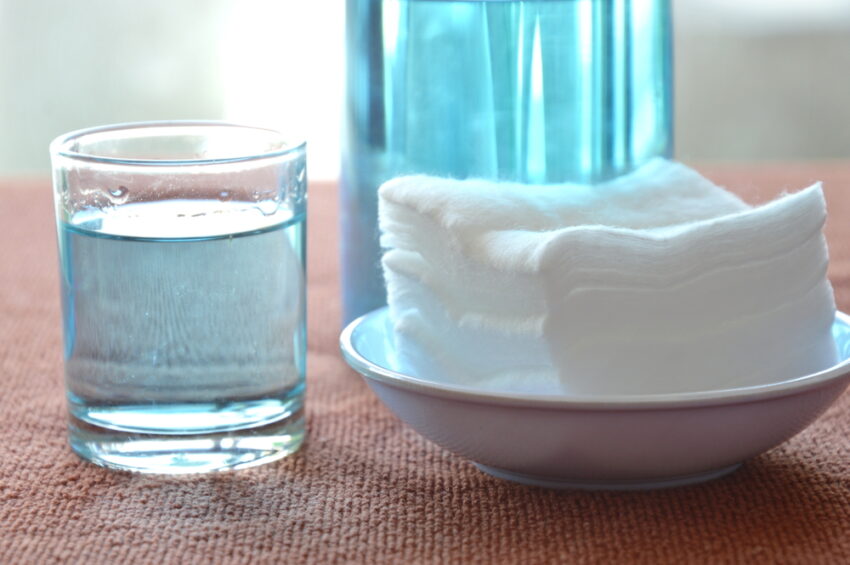 What’s the single answer to our cleaning, disinfecting, and sanitizing woes? It’s none other than Hydrogen peroxide or H2O2. It’s one of the most trustworthy solutions out there.

Keep a bottle of it in your kitchen, bathroom, and garden as it has various uses. It’s cheap, handy and one of the most efficient products out there. A cleaning superhero, it is versatile enough to fit many hacks under its robe.

What is hydrogen peroxide?

The science buffs are already aware of how potent hydrogen peroxide is. It’s one of the most powerful oxidizing agents—an oxidizing agent is one that can oxidize another substance or accept its electrons. If you have ever used peroxide to clean minor scrapes, you must have seen bubbles fizz on application.

These bubbles are oxygen atoms that break away from their bonds. Through this process, hydrogen peroxide can disinfect, bleach, and sanitize most surfaces. It targets all, from bacteria to viruses, giving a thorough cleansing wherever utilized.

Without much ado, let’s get into the various ways you can use hydrogen peroxide around the house:

Hydrogen Peroxide in the Kitchen:

1. Give  Boost to Your Dishwasher

Grubby dishes? Or dishes that don’t shine like they used to before? Kill two birds with a single stone by mixing hydrogen peroxide with your daily solution. The peroxide will not only clean the dishes but will leave the dishwasher sparkling as well.

Hydrogen peroxide can be used without any hassles in appliances, and will not cause any damage to their structure.

2. Wash Away Invisible Grime on Fruits and Vegetables

Farm produce from the store contains multitudes of invisible agents on them. These can range anywhere from pesticides to general dirt. As a rule of thumb, always soak fruits and vegetables in diluted peroxide to get rid of even the nastiest of germs.

3. Clean Sponges Inside Out

We all are guilty of ignoring our cleaning sponges. Sponges are essential in our cleaning arsenal, and hoard bacteria from every surface. Give them some extra love by rinsing them out with hydrogen peroxide. a cleaner sponge equals a cleaner house, after all.

Some food stains seem to be a part of the decor, they’re so hard to get rid of. To finally bid them adieu, pour some hydrogen peroxide on the stain and let it rest a while. The peroxide will lift up these stains and dissolve them, eliminating them in a single wipe.

The cooking station bears the brunt of all your experiments and gets soiled daily. To make sure that your workspace remains spotless, wipe it down with a peroxide-soaked cloth.

Lunch boxes store food for long periods of time. This can lead to grease getting in all sorts of nooks and corners. To sanitize lunch boxes for everyday use, wash them with hydrogen peroxide. This will not only keep them shining but also safe for transporting food.

The greens in the salad brown up even if you refrigerate them. This becomes a hassle when you need to throw a dinner party. In such cases, spray some diluted peroxide on the leaves before storing them. This way, you’ll get a fresher and crispier salad.

Hydrogen Peroxide Uses for the Bathroom:

If you’re tired of traditional toothpaste, hydrogen peroxide can do the trick. Hydrogen peroxide mixed with baking soda functions the same, if not better. Benefits include whiter teeth, a fresh feel, and no bacterial infections.

It can even prevent gingivitis from reoccurring.

Store-bought mouthwashes are laden with alcohol. This can be a cause of irritation and lead to peeling of the inner cheek lining for many. Switch to hydrogen peroxide if these complaints seem familiar.

By its nature, the peroxide will kill all harmful bacteria that live in your mouth. The result is a healthier smile with improved dental hygiene.

Ever wonder why despite all measures, everyone in the family is getting sick at the same time? The reason might lie in your toothbrush arrangement. Keeping brushes close to each other may lead to sharing germs, which can spread diseases.

A soak in hydrogen peroxide followed by a rinse will get rid of all microbes, no matter how deep in hiding.

Grout is one of my major pet peeves. No matter how much you scrub, wash or slough, it never seems to go away. Splash some peroxide on areas affected by grout and let it rest for some time. Hydrogen peroxide dissolves grease with minimum elbow grease.

It is inexpensive and simple enough to repeat as and when needed.

Hydrogen peroxide can replace toilet cleaner as an odor-free option. As peroxide kills a wide array of germs, bacteria, and viruses, it leaves the toilet sanitized.

Related: How to Clean the Toilet Tank

13. As a Toothache Remedy

A quick fix for a toothache, gargling with hydrogen peroxide claims to soothe the pain. Use a diluted solution and follow the procedure two to three-time to see a difference. Be sure to rinse with plain water after.

14. As a Shower Curtain Cleaner

You can now disinfect shower curtains without having to take them down. Fill up a spray bottle with hydrogen peroxide and spritz it all over the curtain before you take a shower. The water from the shower will wash it down.

During the more humid months, towels tend to start smelling musty. The bacteria residing in these damp towels can be harmful in nature. To combat this, douse the towels in hydrogen peroxide and set them out to dry.

Hydrogen Peroxide Uses in the Garden

Wondering why your garden looks its best after a shower? Its because rainwater contains hydrogen peroxide, which helps plants thrive. Include peroxide in your daily watering routine to maintain the lush green hue. It will even help to liven up drooping plants.

Impatience often leads to bad results, but not this time. Use hydrogen peroxide to soak seeds that will sprout quicker than the rest. Peroxide kills the bacteria present on the seeds and promotes growth.

If you’re tired of all the work that goes into regular weeding, try using peroxide. Three quarts of peroxide mixed with one quart of water makes for an excellent weed killer. Store this solution in a bottle and spray it wherever you see patches of weed growing.

It will kill the existing weed and prevent new ones from taking root.

A baby in the house brings a bundle of joy and toys. But these toys are breeding grounds of bacteria and pose a risk. Clean them down by using a peroxide-soaked sponge. Follow it up with a rinse in water and they should be child-safe.

Fish tanks can accumulate algae over a period of time. They are notorious for being tough to clean, as transporting fish is delicate. Mix some hydrogen peroxide with the water in the tank. This will delay the growth of fungus in the tank.

Menstruation doesn’t need to be harder. With the cramps, cravings, and moodiness, our pockets don’t need to be burdened further by having to throw away bloodstained bottom wear. Peroxide removes bloodstains quickly, leaving no trace behind.

Potty training your pet is a long process. In the meantime, your furniture doesn’t need to suffer. Pets usually leave pee marks all around the house, which creates a typical smell. To save your furniture, douse hydrogen peroxide on the affected areas. It will erase both, the odor and the telltale marks.

Bleach is a harsh cleaner. With repeated use, it can even destroy the integrity of the fabric. Instead, use hydrogen peroxide as a milder alternative. The oxidizing properties of peroxide will brighten your clothes. It does not wear out the fabric as rapidly as bleach.

In fact, you can use hydrogen peroxide to clean linen as well.

Summers may be tough on you, but they don’t have to be tough on your clothes as well. Sweat stains are unsightly and it requires lots of elbow grease to get them out. Instead of throwing them away, use hydrogen peroxide to vanish stains.

By soaking clothes in peroxide for about half an hour, the stains will lift like magic.

Nothing beats a bath after a long day at work. What if you could combine cleaning with relaxing? Pour some peroxide in your bath water, and take a long well-deserved soak. The peroxide detoxifies your body and at the same time cleans the bathtub.

Walking around in tight shoes all day can lead to developing Athlete’s Foot. If left untreated, it can permanently disfigure your toenails. Peroxide mixed with some water provides a cathartic soak while destroying all bacteria.

27. As a Treatment for Canker Sores

Canker sores are painful and often take a long time to heal on their own. To speed up their healing process, swish some peroxide around like a mouth rinse. The properties of hydrogen peroxide are such that it will kill the bacteria at its root.

28. As a Nail Stain Remover

Those who love nail polish can share how common it is for nails to turn yellow on the continued use of polish. These stains are particularly stubborn and refuse to leave on their own. A cotton ball dabbed with peroxide can help remove these stains.

It will also impart a healthy white glow to your nails.

29. To Lighten Your Hair

Another inventive use of hydrogen peroxide is to cover up roots in a jiffy. If you have an important event to attend but cannot make a salon appointment in time, use this method. Hydrogen peroxide dabbed on roots and left for 30 minutes will cover dark roots.

30. To Soften Calluses and Corns

Corns and calluses are fairly common during summer. This is because of the abundance of bacteria present around public pools. These are particularly hard to get rid of, and often are deeply rooted.

To hasten the softening process, soak the affected area in peroxide. Following this process for a few weeks will heal the corn at its source. This is especially helpful to ensure these do not return or spread out even further.

Cleaning make-up brushes is a hassle, and no one wants to do it. However, dirty makeup brushes and sponges are the leading cause of adult acne.

These are the prime spots for bacteria to breed, and regular use causes the spread of infection. An easy method to deep clean your equipment is to immerse them in peroxide. Minimum effort with maximum results.

Where to buy hydrogen peroxide?

Hydrogen Peroxide is available in varying concentrations at retail stores. Most household hacks don’t need more than 3% concentration. Since it’s generally used for sterilization, many pharmacies sell it as well. All major online stores will carry hydrogen peroxide too.

If you plan to use peroxide, there are certain guidelines to keep in mind. Store-bought peroxide will usually not result in major mishaps unless misused.

We hope this list inspired you to go ahead and grab that bottle of hydrogen peroxide off the shelf next time. What are the various ways you use hydrogen peroxide? Let us know in the comments down below.