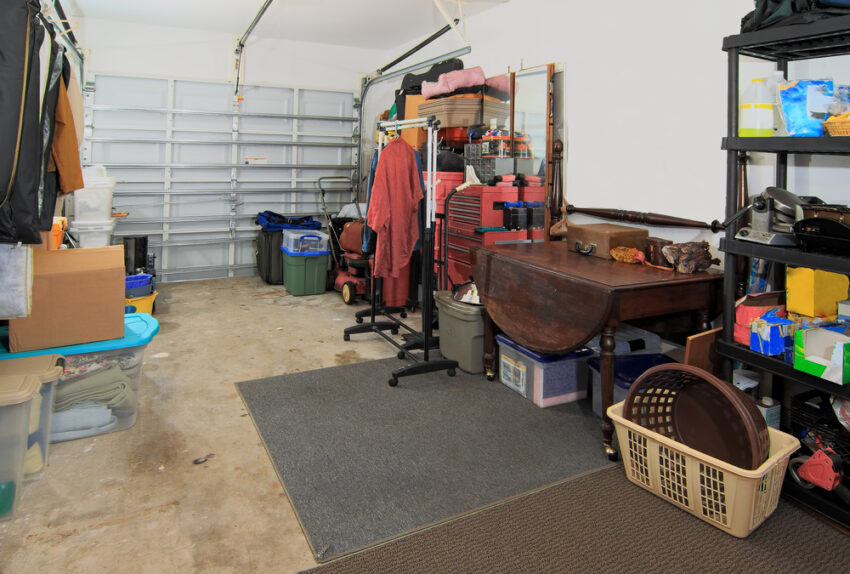 Do you find yourself or any loved one in a difficult position when it comes to discarding useless stuff? Chances are that you must be suffering from ‘compulsive hoarding disorder’. Did you know? In 2013, the hoarding tendency got recognized as a form of mental disorder.

Earlier, it used to be a part of obsessive-compulsive disorder (OCD) but later on turned out to be a separate form of the disorder. It’s interesting to know that almost 2%-6% of Americans suffer from hoarding disorder.

Hoarders have a common mentality that leads them to clutter things that may seem futile to others, they usually persist on ‘what if’ as in ‘what if I need it someday?’ Generally, they’re just sentimentally attached to the things or feel good about preserving them. Whatever be the background though, the outcome is huge piles of unorganized things lying in and around their home.

But every problem has a solution. In this article, we’ll guide your way from being a hoarder to a minimalist or at least a bit organized to start with.

Are you a Packrat or a Hoarder? Difference

There is a fine difference between a packrat and a hoarder that you must know to identify them.

1. A packrat collects things out of the passion towards a certain type of entity that can be called a collection. However, a hoarder haphazardly collects up things without any vision or purpose. They can gather anything from old newspapers and magazines to perishable food items to used disposals. There’s no limit to it.

2. People who are pack rats preserve their collection in an organized manner and they often showcase them to the visitors. On the other hand, hoarders are oblivious to the concept of organization and management.

3. A hoarder claims to have an attachment with the trash they accumulate and thus it’s difficult to convince them to get rid of it, whereas this isn’t the case with a packrat.

4. A normal packrat has the ability to distinguish among the clutter and things they preserve with a specific idea. They wouldn’t show up to visitors with clutter around their homes whereas a hoarder would rather have no visitors than to clear up the whole thing. It often leads them to experience loneliness because let’s accept it, you can’t live with the clutter in the vicinity all the time! 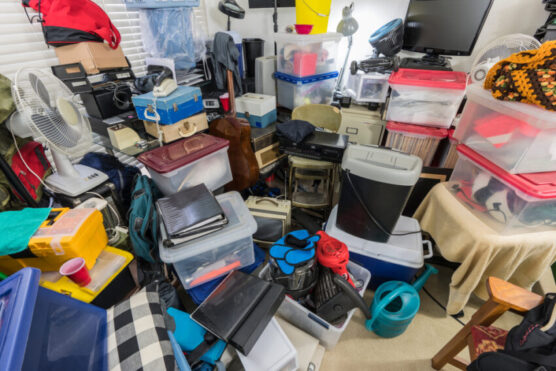 Warning Signs of A Hoarder

The ADAA lists these signs and symptoms as warnings of hoarding behavior:

How Much Clutter is Normal?

To be straightforward, clutter is not the same for everyone. Some amount of clutter is normal and we can find it in everyone’s home. Sometimes, what others might call valueless can be your result of incessant creativity over a long period of time.

You don’t have to live up to the norms ‘they’ set up for you, rather ask yourself “How does clutter affect my life?” If the answer involves a deterioration of your physical, mental, financial, or social health, you have to stand up for yourself now.

A normal amount of clutter can be a result of an engaging schedule or forgetful nature. For instance, you forget to pay your bill and the bill gets lost in the pile loaded on your chair. It adds up to the clutter but it’s not affecting your productivity significantly.

When the clutter starts to impact your productivity, money, health, and relationships with yourself and others it calls out for an alarming situation for you.

Towards our mission of decluttering, let’s acknowledge the first things first. Stop hoarding clutter! I can understand it’s tough in the beginning to even think of.

If you really want to get rid of the garbage, you must follow the ‘do it now!’ strategy. Point out the clutter and try to accept the fact that it’s futilely lying around your place.

Know that you already have enough basic supplies and in case you need something in the future, buy it only when you need it.

Clutter is nothing but a hurdle that’s holding you back from becoming a better version of yourself. You wouldn’t want to remain this disorganized every time, right? So you need to stop hoarding in the garb of collecting things.

If you’re on a decluttering spree, don’t try to pounce on the clutter all at once. It’s definitely impossible for you to get rid of the things you’ve been hoarding for years, therefore you must have a smaller start.

You must be wondering what it means! It simply implies that you must set a time limit of about 5 minutes or 10 minutes in the beginning.

The cleaning habit will develop with each passing day and thereafter you’ll be able to cope up with the clutter easily. You will find this activity soothing and relaxing and thus you won’t need any more stopwatches and timers to get your decluttering done. 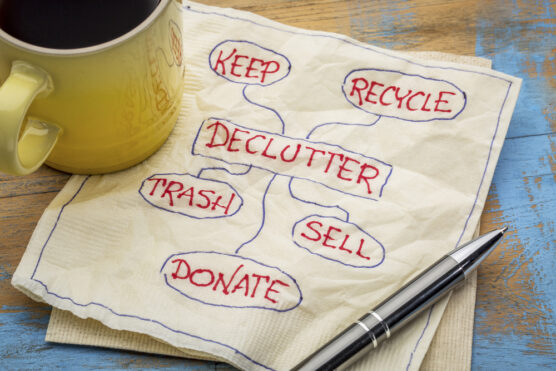 How will you affirm that you’re actually in a better position than before? Through a progress report obviously. You can’t analyze the efficiency of any process without tracking its progress. The same goes for decluttering as well.

Maintain an ‘organized and precise’ record of how far you’ve reached your goal of decluttering. Treat yourself in between the process to gain a sense of achievement and happiness. That doesn’t mean you’ll go back to buy some more things.

Tracking your progress will keep you going towards the accomplishment of your mission and hence is very necessary.

3. Get Rid of Obvious Trash First

Keep it simple and get rid of the obvious trash first, they’re the easiest to identify. Just ask yourself if it’s adding any positive value to your life and you’ll get the answer.

Obvious trash includes stuff like shopping bills, lists, mails, old used items, rotten foodstuff, broken things, and so on. Pick them up and drop them where they belong—the trash bin.

Move further with the decluttering and try to clean up the things which might not be obvious trash but they’re certainly worthless and futile. 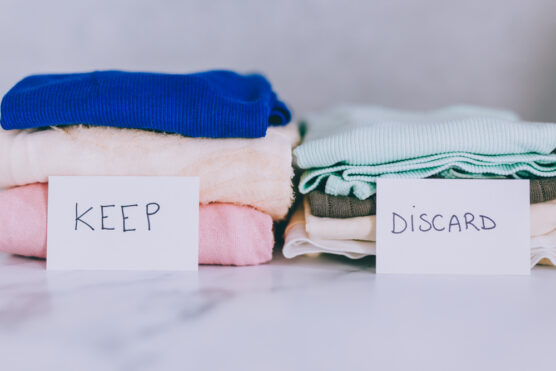 4. Start with the Noticeable and then Move to Hidden

Still, perplexed where to start with? Begin with the niches of your place which are mostly observable and are under constant notice. They’re the ones you use daily like your bathroom, kitchen, hallway, pathway, and bedroom.

The bathrooms of the people who have chronic hoarding disorder are generally a mess, their bathtubs are filled with newspapers, magazines, etc. Try clearing them up and other visible areas.

Move on to the next level and declutter the stored things which are generally invisible and unnoticed. Even though they’re hidden, they’re the most prone to clutter and can pose major health hazards to you and your family.

Avoid owning varieties of a particular item. They just cause chaos in your home without adding any positive value to your lifestyle.

For instance, say you’ve been saving a variety of pens out of passion but you don’t use them. After a point, this will start taking up your home’s functional space and it’s completely pointless when you’re not even using them in the first place.

Don’t try to change your habits overnight. If you’re expecting yourself to change from a hoarder to a minimalist out of the blue, you’re just leading towards utter disappointment.

Take one day at a time and you’ll be elated with the results. Challenge yourself daily and you’ll eventually reach your destination. Even a flower takes a few days to blossom so how can you expect your habit that you’ve been developing for ages to leave you overnight?

It will have a counter effect on your brain if you hope for such a quick response.

7. Learn About Your Buying Habits

We all have the urge to buy something or the other item whenever we go out and find something enticing. However, a hoarder needs to watch their buying habits.

Monitor the circumstances under which you frequently buy stuff. Ruminate if the stuff you buy is actually necessary or is it just a waste of money. Try donating the materials that you’ve just bought out of the heat of the moment.

Learning about your buying habits will make it easier for you to be vigilant about accumulating clutter.

You have to be ruthless and practical about the things you own. Stop acquiring the stuff you deep down know that you won’t ever need. Hoarding disorder can be congenital in some cases or learned over a long period of time so you must stay sensitive towards yourself while decluttering. The disorder increases as the patient ages.

Who doesn’t have loopholes or shortcomings? We’re all humans and it’s no embarrassment to admit if you have a disorder. Seek help as there’s always someone out there who’ll voluntarily come up to help you get through your hard time.

You have to be adamant and firm about your decluttering decision. Your house is no place for clutter to exist, it’s for you and your family to live so throw that trespasser out of your way.

Start your journey by throwing away these 60 unwanted things from your house. 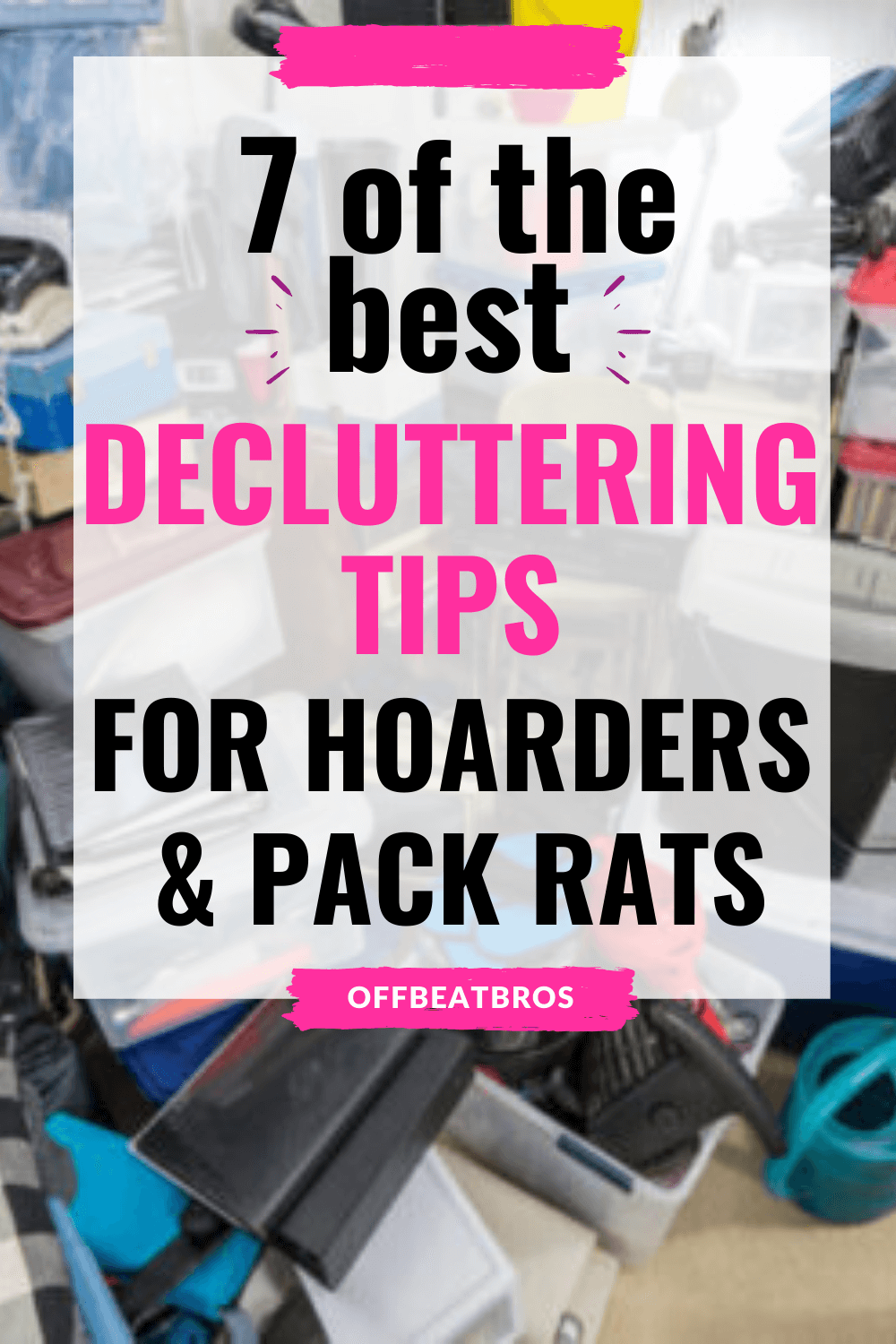